6 miniatures and player boards for new classes: Pyromancer, Cleric, Thief, Sorcerer, Mercenary, and Deprived.
10 armored character models to replace the basic player miniatures when the player discovers and equips the corresponding cards included in this box.

Adds the ability to summon characters for assistance to aid in your fight and invaders to appear during encounters!
Contains 10 Summon and 11 Invaders miniatures and their corresponding cards.

The Core Game Expansion adds new terrain miniatures in the form of chests, barrels, gravestone, and a bonfire, as well as new adversaries to enhance Dark Souls: The Board Game.
Contains The Pursuer, 2x Mimic (active and dormant), 3x Silver Knight Spearmen and 3x Fire bomb hollows miniatures and their respective cards, extra set of cards for the Old Dragonslayer (for use with the Ornstein miniature from the core box). 15 encounter cards, 15 treasure cards..
[note - Alonne is not included in this expansion as it was moved to the Iron Keep box]

The Iron Keep is a massive fortress, surrounded by and slowly sinking into a mass of molten iron.
The Iron Keep Expansion includes new enemy miniatures to be used with Dark Souls: The Board Game.
Contains The Dark Souls 2 Smelter Demon boss.
[note - mimics are in the Explorers Expansion. Instead Sir Alonne (boss)is in Iron Keep] 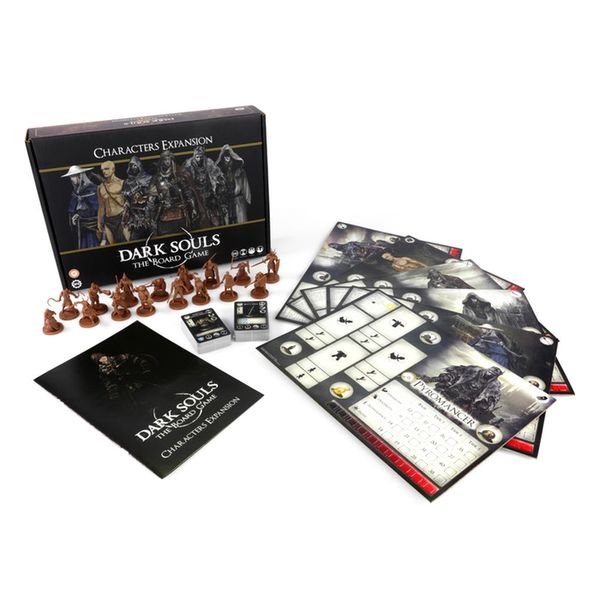 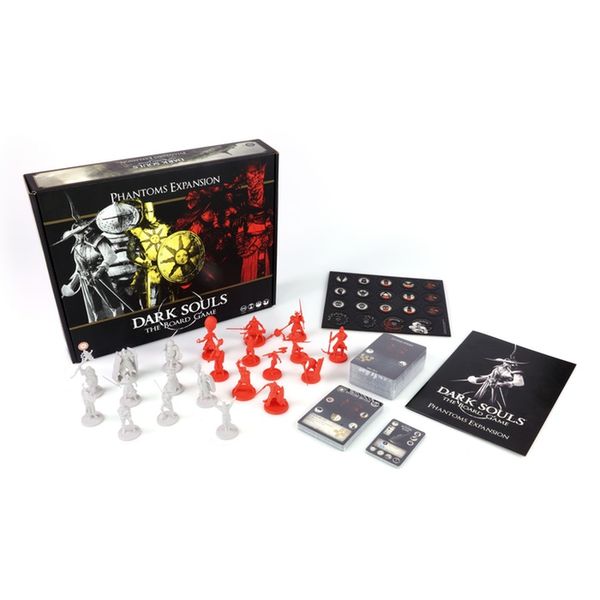 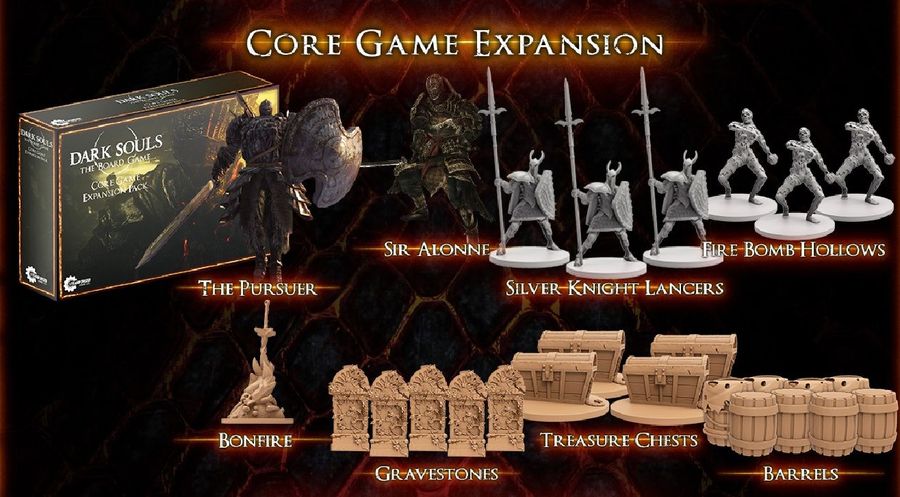 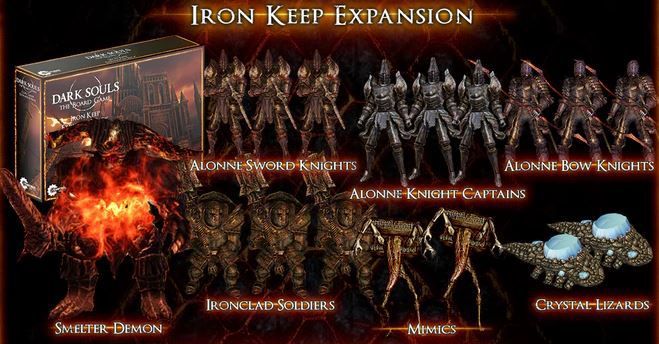 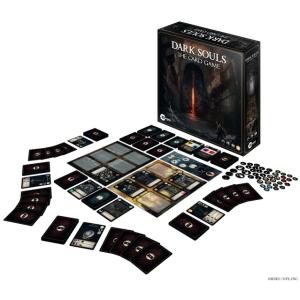 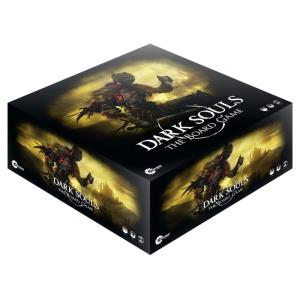 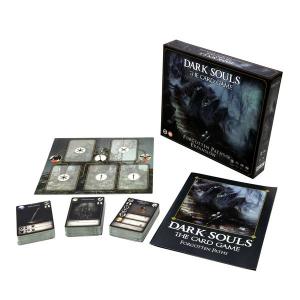 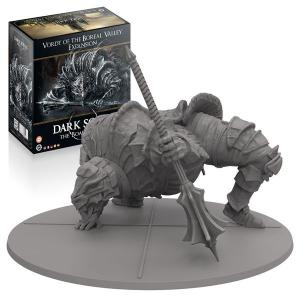 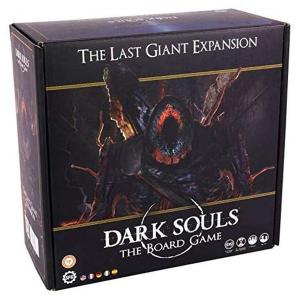 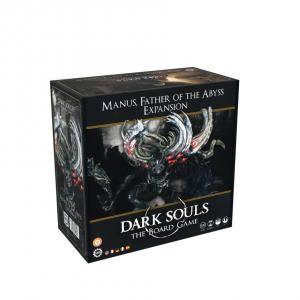