folded space insert organizer gloomhaven foam core
This insert is designed to be compatible with Gloomhaven®. The design provides both efficient storage and improved game play. Many of the trays can be utilised during the game, and they greatly aid set-up and clear-away times.


There is space for all cards to be sleeved.

The two monster stat sheet and card trays are designed so that the sheets act as dividers with the monster cards in between. This allows quick access to each monster in game and its relevant cards. These trays also contain the largest monster standees as shown in the image.


Gloomhaven® is a big box game with many complex components. The order of placing the insert trays in the box is important to maintain a tight fit for protecting components and to allow vertical storage. Please follow the sequence of placing trays below. Note the smaller room tiles stand vertically on the right next to the character boxes. 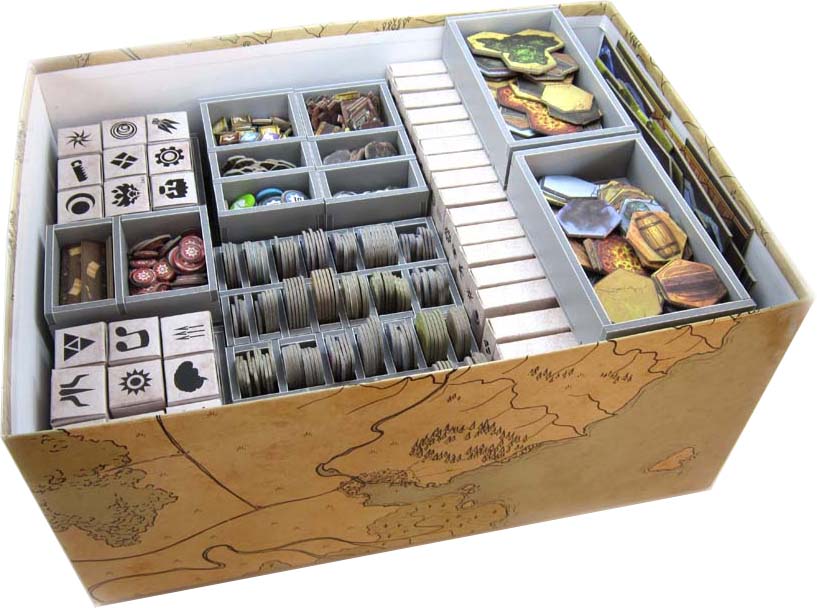 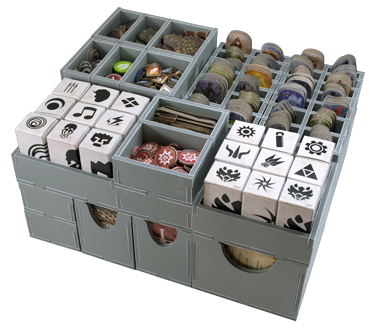 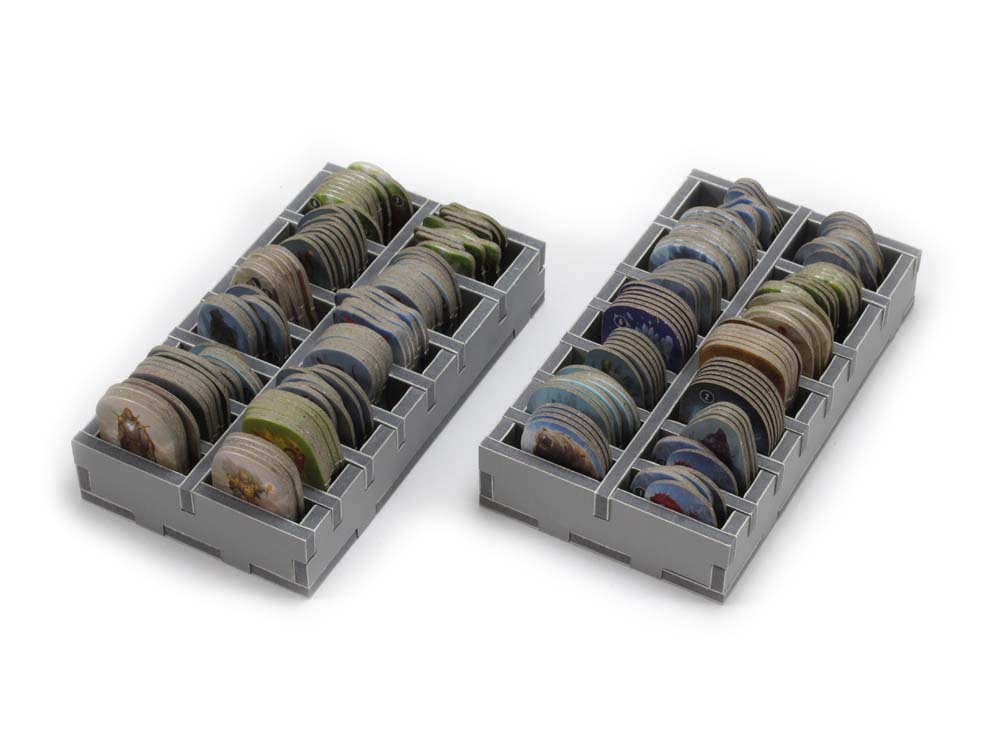 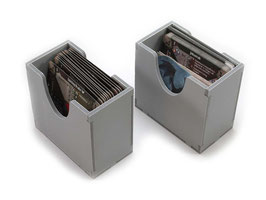